Aiming high to achieve excellence and success by working together. 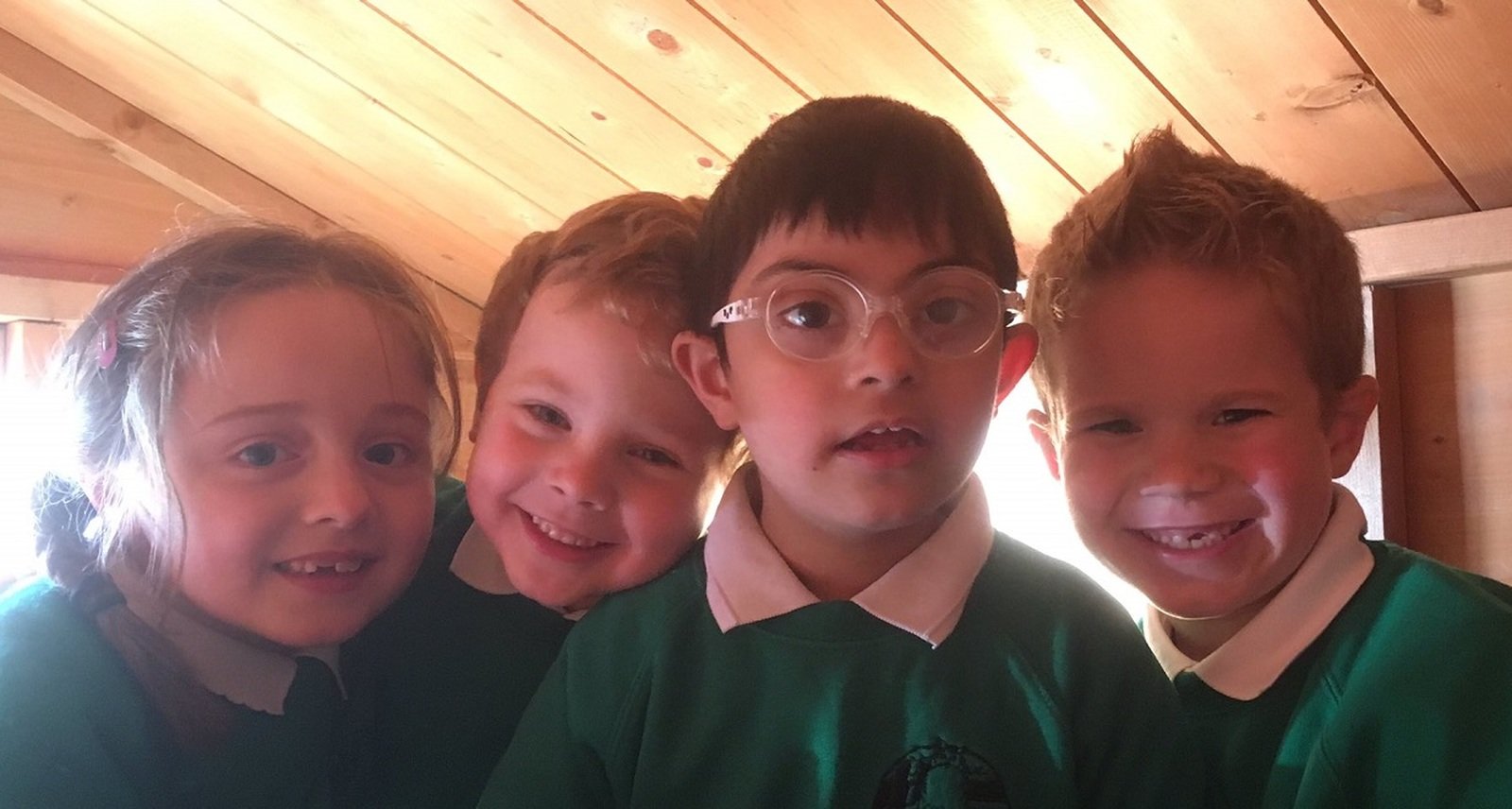 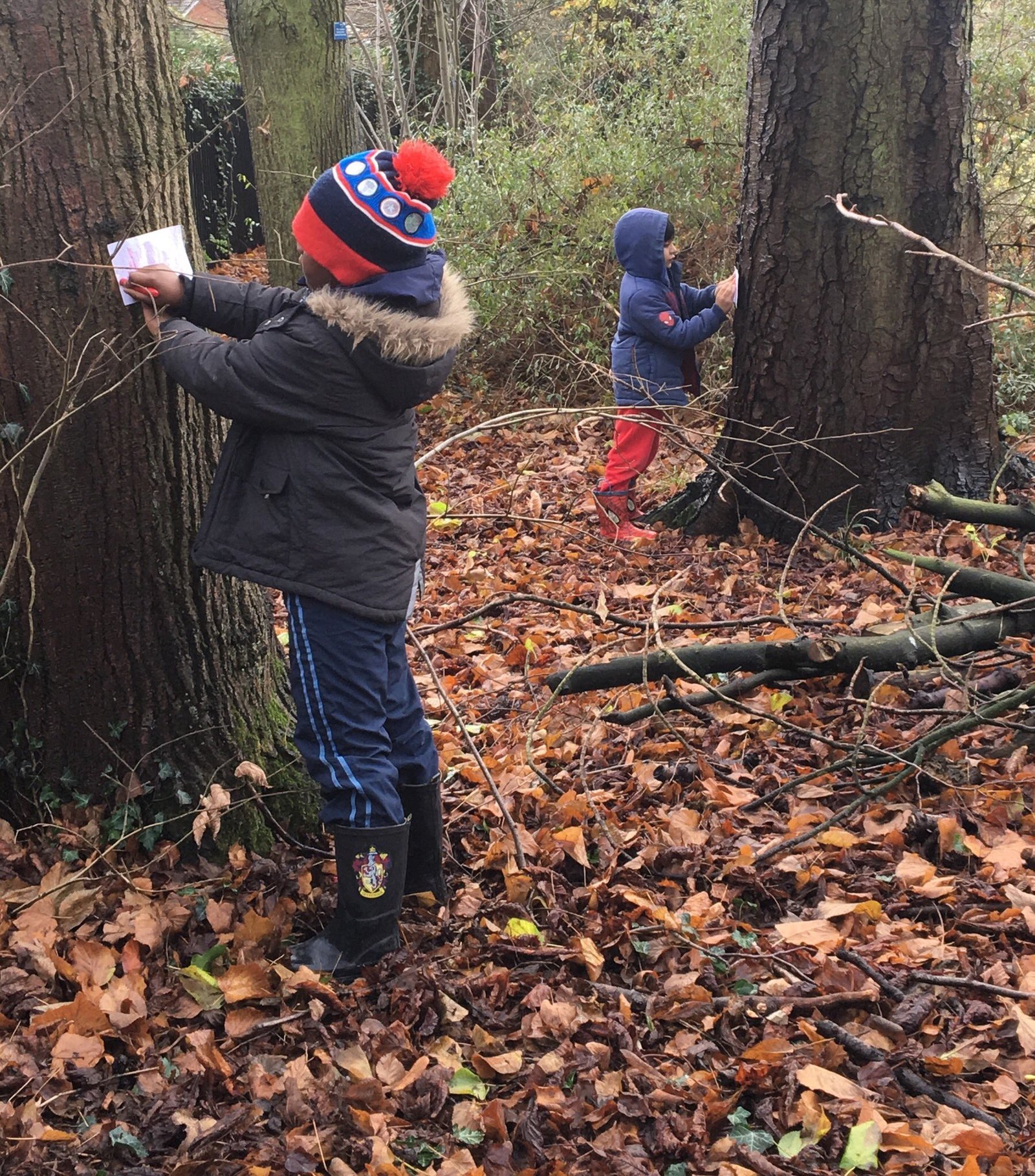 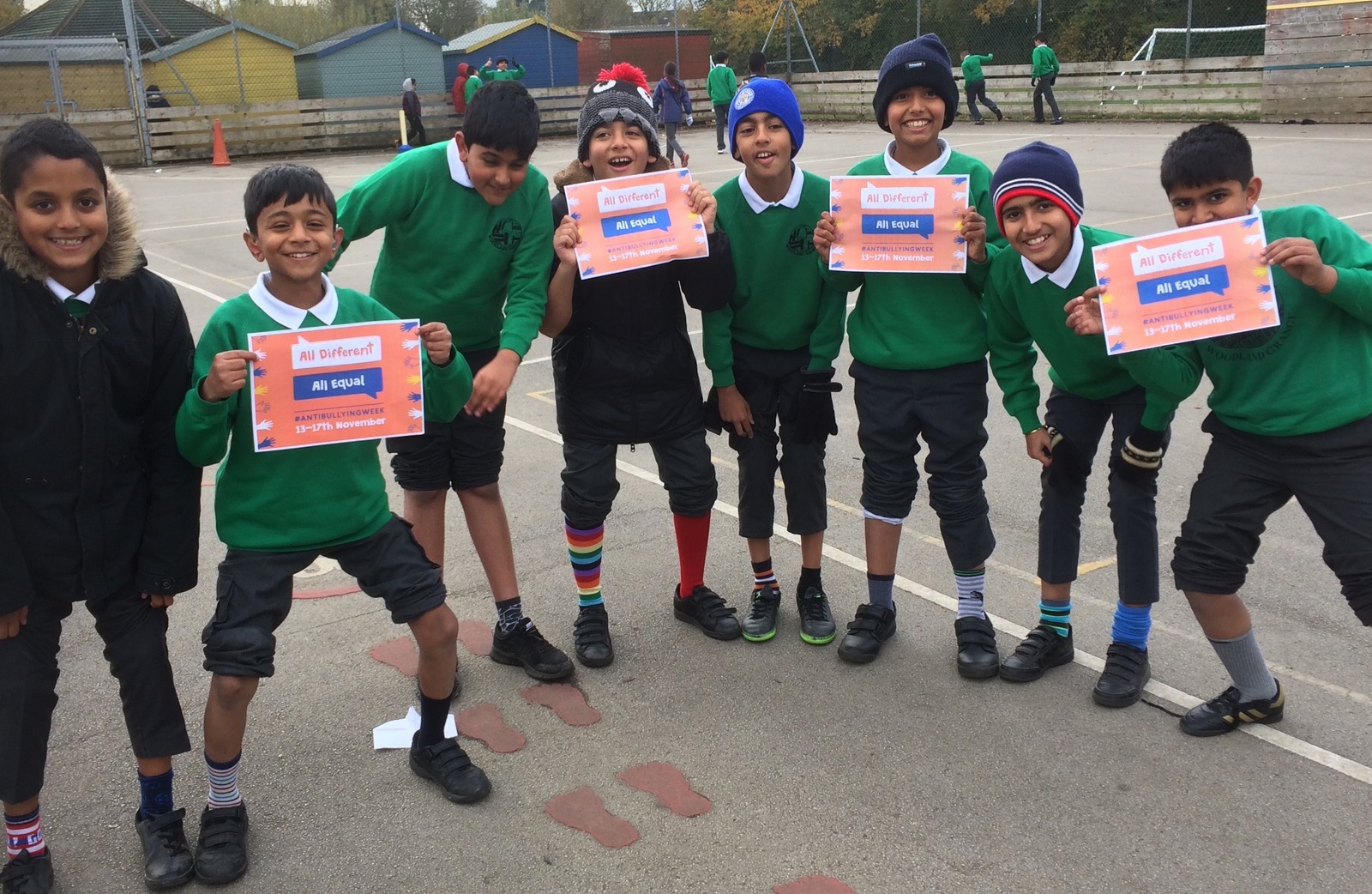 Woodland Grange opened for the first time in in August 1991. It is situated on the Grange Farm housing development just off the A6 in Oadby. The school was originally built for 240 children in the 4 - 10 age-range. We now have over 500 on role (including 3 year olds in our own preschool which opened in 2015).

The school is set in pleasant and spacious grounds. We have a large school field and the school boundary is marked by a wooded area. Outdoor learning is something that is very important at Woodland Grange and we make the most of our surroundings.

The main building has been added to and extended over the years.  , comprises of classrooms, a computer suite, medical and reprographics room, and the school office. The ‘new’ building which opened in 2001 comprises three classrooms of semi-open plan design, a combined library and music studio. Our 'new' hall, which opened in 2003 is in a free standing complex at the back of the school which also accommodates the school kitchen, P.E. store and cloakroom facilities.

In 2015 we opened our preschool. It comprises of a separate classroom area including kitchen and outdoor space. One of the most recent addition to the school building was the 'Barnes building' which opened in 2017. A wooden building consisting of 2 classrooms with cloakroom and toilets. It was named after our Beverley Barnes who was our Chair of Governors from 1991 when the school was first opened.

We are delighted to be celebrating our 25th Anniversary. We have lots of exciting things planned to celebrate this special birthday. Please send any photographs or memories using the office@woodlandgrange.leics.sch.uk email address. There is even a Facebook page! Many thanks to the past staff members and pupils who have set it up and contributed to it so far, it really is fantastic to hear about your memories of our school.

We enjoyed working with Sinfonia Viva on a special music project. The children wrote, performed and recorded their own school song '25 years ago'. It was brilliant! We have also updated our large mural in the hall. The children worked with a local artist to create a torn paper masterpiece using the theme of local wildlife. We even had a special, commemorative coin created which each child took home as part of the commemoration.

Click on the link below to read about the beginnings of our school (thanks to Miss Butcher):

WG - How did it all begin.pdf

The arrival of technology - February 1995

The school had a visit from Ofsted in the spring term 1998. It was already a very good school with a growing reputation for excellent teaching and learning.

Raising over £2000 for Rainbows Hospice with sponsored events - Spring 2000

On 18th October 2002 the school was expanded with the opening of a new school hall, computer suite, classroom and library!

OFSTED visited Woodland Grange in June 2003 and our school received yet another glowing report.

Woodland Grange was awarded a healthy schools award in 2004 - something which continues to be important at our school.

The school designed and painted some totem poles as part of an art project in 2004.

In 2005 the school website was awarded a prestigious award from Yahoo - beating many other sites including the NASA website for Mars rover!

Woodland Grange set up it's woodle 'online learning platform' in 2007. It is still a very important aspect of the school allowing pupils, parents and teachers to communicate, set work and offer support.

In 2010 Woodland Grange said goodbye to Miss Butcher. She had been the headteacher since the school first opened in 1991 and had led the school through its many triumphs.

Photos from our annual Friends of Woodland Grange summer fun day. Old and new pupils, parents and staff all gathered together to open our time capsule which had been buried in 2000. Miss Butcher came back to enjoy the day and catch up with many familiar faces. Mr Hayles helped two of our very first pupils open and share the memories from the time capsule - 2016